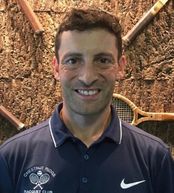 Brad Breakstone
BRAD BREAKSTONE - Director of Tennis
Brad grew up in Bedford, NY and played four years of varsity tennis on the Fox Lane High School team. A psychology major at SUNY New Paltz, Brad played Division III tennis all four years and was among the top 3 singles and first doubles throughout his collegiate career. He was team MVP in 2001 and 2003, and the team captain his junior and senior years.

Brad is a PTR certified professional in junior and adult development and holds a 5.0 USTA ranking and is also a certified platform (paddle) tennis instructor. 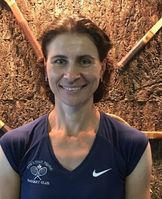 Olga Warshaw
OLGA WARSHAW -  Junior Performance Director
Olga Warshaw (formerly Olga Lugina) is a former Ukrainian international tennis player. As a junior Olga played for the Soviet Union’s national junior team for eight years, before turning pro in 1989.
​
On the WTA Tour, Olga broke into the world’s Top 100 rankings in singles and Top 50 in doubles and won two WTA doubles titles in 1996 & 1998; she also represented the Ukraine in the Fed Cup from 1992-1997, and was selected to represent the Ukraine in the 1996 Olympic games.

Olga retired after the 1999 U.S. Open and moved to Westchester to raise a family and start a teaching career. Since starting at Chestnut Ridge Olga has groomed numerous high school players for collegiate tennis careers and helped many gain college scholarships.

Bob oversees all of the lessons and programs at CRRC. His best junior student achieved a #5 national ranking while numerous others have excelled to the point of being granted college scholarships.

Bob is the author of Deconstructing Tennis: The 4-D System. This path-breaking book simplifies the mental game of the top professionals so that it becomes accessible to players of all levels. He summarizes his teaching philosophy as follows: “My goal is to pose challenges for students that are neither too easy nor too difficult. This pushes them at the margins of their ability to make consistent improvement.” 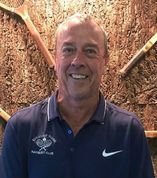 John James
John James - Senior Tennis Professional
John was born in Adelaide, Australia where he learned and played junior tennis. He achieved a ranking of #6 in the Australian junior ranks.

At the age of 20 John began a career as a touring professional that lasted 10 years. During that time he played all the Grand Slams several times and was ranked among the top 100 singles player in the world. He also won several tour doubles, notably reaching the Australian Open doubles semi-finals in 1979.

At the age of 30 he retired to a teaching position, but continued to compete in Eastern and National tournaments. In 1986, he was ranked #1 Nationally in Men’s 35 singles. One of his most notable achievements in Eastern tournament play was winning 18 straight Eastern Masters Tournaments over a 4-year period from 1986-1989. The winning streak consisted of over 75 matches.

His vast tennis experience gives him the ability to teach all levels of students from the beginner to the advanced player. John is a member of the United States Professional Tennis Registry and an ATP Alumni member. 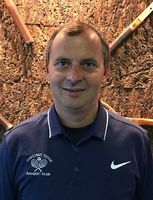 Seth Roberts has been a part of CRRC since 1985, first as a student, and later returning as a teaching pro since 1991. In high school, Seth was the captain and played #1 singles for John Jay High School from 1990-1992, and made the all-county team his senior year. From 1993-1997, Roberts played #1 singles and doubles for the Dickinson College men’s teams, and was captain his senior year. In the 1990s, Seth was ranked in the top 25 in men’s singles and doubles in the Eastern Tennis Association.

Seth coaches the 2.5, 3.0 & 3.5 women’s USTA teams, in addition to running the women’s beginner programs at the club. During the summer, Seth runs the NWJTL junior teams and has coached them to numerous championships, the most for any club in the history of the league.

Seth’s playing and teaching knowledge gives him the ability to teach both junior and adult players to progress further with their game.

Akash Lamba
Akash Lamba - Senior Tennis Professional
Akash joined the CRRC teaching staff in 2006. Prior to that, he was a teaching professional at the Ridgefield Athletic Club. Since the age of 11, he was one of the top players in India. His best rankings were #1 in India in the Boys' 18-and-under category and #4 in Men’s Singles. He was also a collegiate All-American at Samford University in Birmingham, Alabama.

Starting in the summer of 2007, Akash became the Head Pro at Lakeside Field Club in North Salem, a position he continues to hold during the summers.

Early on in his career, a newspaper reporter characterized Akash’s game as follows: “Normally, backhands are grey areas to be exploited, but in Lamba’s case, the backhand has almost been practiced to perfection. But his most powerful weapon is his fine temperament. Unlike some hotheads, which these days are many, he will not lose his cool, nor will he change his style of play."

Akash is still keeping his cool and imparting his knowledge of the game to both adults and juniors alike. 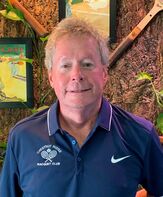 Bob Bull - Tennis Professional
Bob brings a wealth of experience to Chestnut Ridge both as a player and a teaching professional.  He was previously on staff at Grand Slam in Banksville and had a 7 year tenure as the Tennis Director at the Saw Mill Club.  Bob was also the head pro at the prestigious Wall Street Racquet Club.  A former Division 1 college player at Fordham University, Bob later went on to hold the Number 1 USTA Eastern ranking in the Men’s 40’s, 45’s & 50’s division.

A certified USPTA Elite Professional, Bob takes his own enthusiasm for the sport of tennis on the court with him in each lesson.  Working with all ages of juniors and adults, he takes pride in his ability to give both tactical instruction and sound technical advice for players working on their strokes & consistency!
​
Bull.crrc@gmail.com 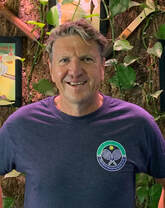 Richard Callwood - Tennis Professional
Richard is originally from England, where he grew up playing junior tournaments. Upon coming to the U.S., Richard attended SUNY Purchase College, double majoring in Math/Computer Science and Economics. Richard then pursued an even higher degree of education, obtaining his Masters in Economics from Fordham University. After a stint in the corporate world, Richard decided to go back to his passion by coaching tennis.

He’s taught previously at the Saw Mill Club and Armonk Tennis Club, was the head pro 2005-2007 at the Lakeside Field Club, and is currently director of tennis at the Quaker Hill Country Club (2016-present).

He still loves playing in tournaments and has achieved a ranking of top 40 nationally and #1 USTA Eastern Section.  Richard is also a certified Pickleball coach. 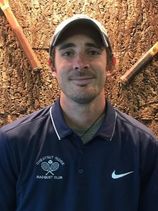 Brad Maisey
Brad Maisey - Tennis Professional
Brad is originally from Mount Manganui, which is is a coastal town in the North Island of New Zealand. He started playing tennis at a young age with his father who is still currently world ranked in the top 20 for his age. He graduated from Tauranga Boys College where he captained the tennis team his senior year.
​
Brad came to the states in 2007 to coach tennis at a summer camp in Vermont for four straight years. During that time, he was recruited to play tennis by Earlham College in Richmond, Indiana. During his four years at Earlham College, Brad broke numerous school records including the all-time singles record, going 71 and 4 overall. He was voted “Freshman of the Year” in the NCAC and attained all-conference honors each of his four years. His team went from a 0-9 season before he came, to being nationally ranked by his senior year.
After graduating college, Brad joined forces with his long time buddy Lukas Beman at Chappaqua Swim and Tennis. He previously coached tennis at CST for 3 years as well as at ClubFit.

Brad is a massive All Blacks fan which is New Zealand’s national rugby team. He lives in White Plains and enjoys fishing and running in his down time. 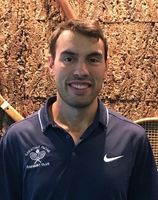 Adam Marianacci
Adam Marianacci - Tennis Professional
Adam has been teaching tennis to both juniors and adults in Fairfield and Westchester counties for the past decade. He grew up in Greenwich, CT playing high school tennis for both Greenwich High School and Avon Old Farms School finishing his senior year with an impressive 16-0 record. He helped his team to win 2 state Championships with GHS. He went on to play college tennis at the University of Redlands in California where he played as high as #3 singles. His freshman year the team finished with a national ranking of #7 in Division III.

Adam is a USPTA certified tennis professional and stays active competing in USTA 5.0 leagues. He is currently the Director of Tennis at Willowbrook Swim and Tennis club during the summer season. 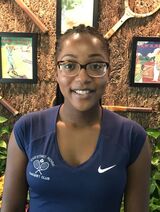 During her high school career, at Fox Lane High School, she was co-captain for four out of her six years on the Varsity Tennis Team. She was winner of the Conference III Championship and was first Fox Lane girl to attend the NYS Tennis Championship tournament where she placed 4th in New Yok State. In 2018, Sharissa was inducted into the Fox Lane Athletic Hall of Fame for accomplishments in both tennis and track and field.

Sharissa attended Fairfield University in CT to play at the Division 1 tennis. For three of the four years she was co-captain of the team, leading the team in 2012 to win the Metro Atlantic Athletic Conference (MAAC) Conference Championship Tournament. She won the award for the Most Outstanding Player in 2012, awarded MAAC player of the week four times throughout her career and received the Coaches Award in 2014.

In May 2014; Sharissa graduated from Fairfield University from the Dolan School of Business with a Bachelor of Science Degree in Business Management with a concentration in Human Resources.

Dinah Shue
Dinah Shue - Tennis Professional
Dinah Shue is a USPTA Elite Professional Qualified Tennis Coach.  She grew up playing tennis in the UK, where she trained on the National Tennis Squad in Wrexham, Wales.  Dinah competed in the British National Tennis Championships both at Junior and Senior Levels, as well as on the ITF satellite circuit.  She also represented Freiburg Tennis Club in the Regionalliga, Germany.

Subsequently she was the Assistant Women’s Tennis Coach at Kansas State University for two years while completing an MSc in Kinesiology.
She's also a UK qualified teacher and was Head of Physical Education at Newstead Wood School in London.
​
Dinah is currently the coordinator for CRRC's USTA Junior Tennis Teams!